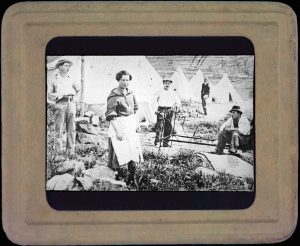 Born in Germany in 1874, Jacob H. Kaplan studied at the University of Cincinnati. In 1902, he was appointed rabbi at the Hebrew Union College. In 1926, he moved to Florida where he served as the first rabbi of the newly built Temple Israel in Miami. He remained involved with the congregation until his death in 1965. Early in his career, during a trip to Jerusalem, Cairo, Tel Aviv, and the Middle East, Kaplan captured rarely documented scenes, such as the agricultural work being undertaken by the Jewish colonists, along with the more usual tourist sights.

View the complete set of images